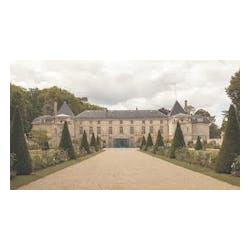 OverviewChateau Malmaison, in the Moulis-en-Médoc appellation, is one of the oldest estates in the Medoc. Grapes have been grown here, thanks to a handful of different owners and a sizeable religious community, since the Middle Ages. This property, which adjoins Chateau Clarke, was purchased by Baron de Rothschild in 1978. Thanks to his impetus, the vineyard was restored to its former glory. He named the wine after his spouse, the elegant Baroness Nadine de Rothschild, who is also passionate about gardening. The vineyard now covers 33 hectares (81.54 acres) of clay limestone soil, which is ideal for Merlot, the predominant grape variety. Chateau Malmaison allies delicacy, suppleness and elegance with a rich and fruity bouquet. About Edmond de RothschildThe passion for wine that runs in the French branch of the Rothschild family was born in 1868 when James de Rothschild purchased Château Lafite. After more than a century of family history tied to the world of wine, Baron Edmond de Rothschild (great-grandson of James) took the adventure further in 1973 by acquiring two Cru Bourgeois wines in Listrac and Moulis-en-Médoc: Château Clarke and Château Malmaison. He then founded the Compagnie Vinicole Baron Edmond de Rothschild, and has taken the business worldwide.

THE STORY: Chateau Malmaison, in the Moulis-en-Médoc appellation, is one of the oldest estates in the Medoc. Grapes have been grown here, thanks to a

Wine Spectator 85 "Light spice and berry aromas follow through to a medium-bodied palate, with fine tannins and a fresh finish. Best after 2007. 8,330 cases