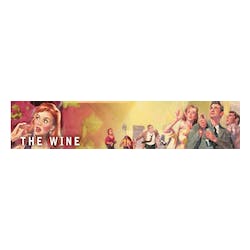 Jeff Booth, the evil genius behind Big Red Monster, has been making wine since 1975. He has experience with many styles of wine in a variety of locations throughout California. He has made wine from the grapes of the Santa Cruz Mountains, the Central Coast, and Napa and Sonoma Counties. He produced award-winning German-style Rieslings at Felton Empire Winery in the '70s and was the first winemaker at Napa's Pine Ridge Winery in 1980. He coordinated the 1984 red wine crush at Robert Mondavi Winery in Oakville. During his eight years at Conn Creek winery, Jeff worked closely with legendary winemaker and consultant Andre Tchelistcheff. During his tenure, Conn Creek wines won many gold medals and garnered critical acclaim from trade journals.

"In the nose, the wine exhibits aromas of ripe plum, cherries and raspberries with a hint of rhubarb. In the mouth these aromas carry over