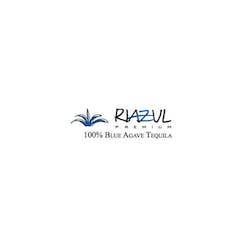 Riazul Founder Iñaki Orozco standing among the agaveTwo hundred years ago, the highlands of Jalisco, Mexico served as a key battlefront in the Mexican War of Independence. During that struggle, Maria Higinia Gomez served as a high counselor to the Mexican rebel leaders. For her service, she was granted 10,000 acres of land -- most of which she gave away to revolutionaries who fought for Mexico's freedom. The remaining 620 acres was handed down from generation to generation and virtually untouched until Riazul's founder, Iñaki Orozco, inherited the land in the late 1990s.

"Barreled for 15days in Neutral Oak Barrels, Plata represents the most traditional form of tequila. Because it's barreled for a short time, this is the

"Riazul Extra Aejo Tequila provides an unmatched experience for connoisseurs of rare aged sipping spirits. Made from 100 blue agave this tequila is aged for

Wine Enthusiast 96 "This Tequila is aged for two years in oak barrels previously used for Brandy/Cognac production. The aging shows in the bewitching scent of

"Aged for nine months in French and American oak barrels, the Riazul Reposado honors the refinement of a traditional Reposado, while delivering an independent streak