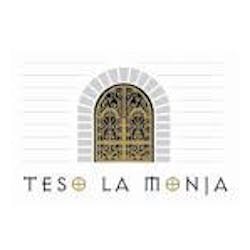 "Teso La Monja was founded in 2007 by Marcos and Miguel Angel Eguren, the fourth winemaking generation of the Eguren family from San Vicente de la Sonsierra in Rioja Alavesa. As they have been growing Tempranillo in Rioja Alavesa since the late 1800's, the Eguren family fell in love with D.O. Toro when they first travelled there with Jorge Ordóñez, seduced by the region's original clone of Tempranillo and ungrafted vines.Jorge Ordóñez and the Eguren family were the original founders of Bodegas Numanthia, which was responsible, along with their current work, for the resurrection of D.O. Toro as one of Spain's preeminent wine regions. After the sale of Numanthia in 2007, the Eguren family founded Teso La Monja as a new challenge for the family – finding the elegance in the wines of Toro.The family selected vineyards in the northernmost part of D.O. Toro that have a much higher proportion of rounded stones than what is typical. This produces extremely silky, elegant wines. The winemaker, Marcos Eguren, is considered by many to be the finest winemaker in Spain. His son, Eduardo Eguren, the fifth generation, also works as the winemaker at Teso La Monja."

James Suckling 93 This has a deep and dark center palate of ripe yet fresh fruit and lots of spices and smoked meat. Medium to full

Jeb Dunnuck 90 A bonafide fruit bomb, the 2016 Romanico checks in as 100 Tina de Toro that saw an extended maceration and a short elevage

Jeb Dunnuck 94 The 2016 Almirez is brilliant! Made from 100 Tinta de Toro that spent 14 months in 30 new French oak, this full-bodied, concentrated

"Romanico is the entry level wine from Bodegas Teso La Monja. It is expressive, direct, and accessible, while still representing the varietal character of Tinta

Wine Advocate 92 "The 2014 Romanico is the better value of the two, with fabulous, dense blackberry and cassis fruit, with licorice, camphor and forest floor.

Wine Advocate 92 "More expensive is their 2014 Almirez, which spends much longer time in oak and comes from vines 15-65 years old in slightly higher

Wine Advocate 92+ "Even more powerful and rich is the 2013 Almirez, an opaque purple wine made from 100% Tinta de Toro from vineyards planted at

Robert Parker 94 "Another great value is the 2011 Almirez, which comes from old, ungrafted, head-pruned Tinta de Toro vines. The vineyards are planted at 2,300

Robert Parker 94 "Even richer is the 2010 Almirez, which comes from a vineyard planted at an altitude of 2,300 feet. Yields were 18 hectoliters per