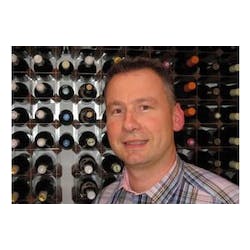 Part of an esteemed Chablis family, Samuel Billaud struck out on his own in 2009 to found his eponymous domaine. He had previously been the winemaker at Domaine Billaud-Simon, which had been a shining light in the old school Chablis clubhouse of quality. Since the creation of his own label, Samuel has met with great success and moved into a new winery space in 2015 as well as purchasing four hectares of vines that had previously belonged to Domaine Billaud-Simon. The new winery lies in the heart of Chablis and used to belong to Stéphane Moreau-Naudet. It is set up so that Billaud only needs to pump his wines once, then gravity does the rest. The rest of the facilities consist of brand new stainless steel tanks and underground storage for barrels.The recently purchased hectarage includes land in the grand crus Les Clos, Vaudésir, Montée de Tonnerre, Mont de Milieu, Séchet, and in the village level vineyards Les Pargues and Chapelot, as well as a Petit Chablis parcel directly to the north of Les Clos. The 2015 vintage is the first for which he will have full control of the land for the entire year. He is also newly sourcing fruit from the grand crus Blanchots, Valmur, and Bougros. Due to his deep roots in Chablis, Samuel is able to purchase grapes from some of the finest, most well-established growers. In the cellar, the premier and grand cru wines see about 15% new wood in the form of large 450 and 600 L barrels, which offsets any overt "oakiness." The rest is fermented in small stainless steel tank. The resulting range, from AC to Grand Cru, are layered wines rife with crunchy oyster shell and silex, and exhibit a range of flavor profiles from licorice to white peach to toasty baguette. This is top quality Chablis from a rising star producer – for white Burgundy lovers, these are not to be missed. "We should see him...at the top of Chablis producers alongside...Raveneau and Vincent Dauvissat." – Neal Martin, Wine Advocate, 10/15/13

Vinous 89-90 "The 2018 Chablis is silky, nuanced and light on its feet, with lovely textural richness and tons of pure class. Lemon peel, white flowers, mint

Wine Advocate 88 The 2017 Chablis Villages is a success, exhibiting attractive aromas of lemon oil, yellow orchard fruit and pastry cream. On the palate,

Wine Advocate 89-91 "The 2015 Chablis Les Grandes Terroirs is a blend of vines from lieux-dits Les Parges, Chapelot and Les Cartes (which I also tasted

Wine Advocate 90 "The 2010 Chablis is all about crystalline purity, depth and nuance. Lemon, white flowers, slate and crushed rocks all meld together in the