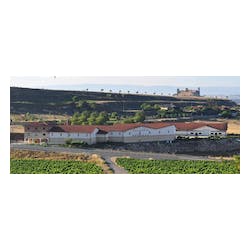 Bodegas Ramirez De La PiscinaIn early 1945, Julio Ramírez de la Piscina, followed the tradition inherited from his parents in Ábalos, and continued cultivating the family vineyards in San Vicente de la Sonsierra and began producing traditional Rioja wines. In 1961, Julio moved to Bilbao with his wife Angela and began selling his wine in the old Bodeguilla Riojana in the Plaza del Corazón de María.In 1973, Bodegas Ramírez was officially founded and began to sell bottled wine under this name. In 1980, the fourth generation of the Ramírez de la Piscina family took over management of the winery, and in 1987, the name was changed to Bodegas Ramírez de la Piscina. The name change honors the family's historic surname, which is an ancient aristocratic Medieval Riojan name, originating from a 12th Century Romanesque church nearby the vineyards called Santa María de la Piscina.All of the vineyards are estate owned and the vast majority of the plantings are Tempranillo on high density trellis. The oldest Tempranillo vineyards are head trained, and the family owns a few small plants of Garnacha, Viura, and Malvasia, that are used for the Rosado and Blanco. Ramirez de la Piscina champions the tradition of ageing classified, traditional styled Rioja.

Deep ruby red with a tawny rim. An intense nose of balsamic wood and musk against a background of red berries and earthiness. In the

Vinous Media 91 "(aged for 18 months in French and American oak casks and then held in bottle for two years before being released) Deep ruby.