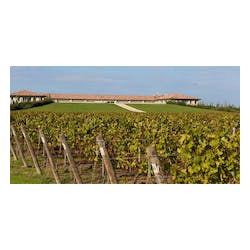 Donna Olimpia 1898 was an idea of Guido Folonari, heir to one of the most historical Italian wine families, who decided to develop, in 2001 an ambitious wine project. "When I decided to start this adventure alone, I really decided to get up and go. What was I looking for? I did not even know myself. I was looking for a place that would thrill me. I was lucky enough to find three". So, in a short time, he found three wineries in the most prestigious production areas between Piedmont and Tuscany, which emerged in the Italian wine scenario and were immediately recognized as "the three Killer B's" by Guido Folonari."In our days, excellence is almost taken for granted. Yet the difference can be made on the service that one relates to the product, on the particular focus and attention paid to the consumer, wherever he might be." Guido Folonari's route began ten years ago with the development of a wine project between Piedmont and Tuscany, the most prestigious wine production areas in Italy. A philosophy based on excellence, on product quality, on the constant search for self-improvement, and on products typical to an identifiable territory. Well aware that the earth has its own needs and pace ...... that have to be respected.