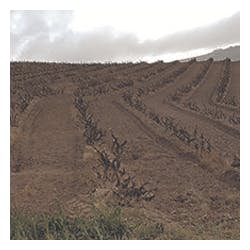 Ashbourne was founded in 1996 by Anthony Hamilton Russell and is located on a beautiful 160 acre property in the Hemel-en-Aarde Valley on the eastern border of Hamilton Russell Vineyards. The first Ashbourne wine was released in 2001. It was grown on extremely clay-rich, stony soils, well suited to nursing a high level of refinement and classic styling out of Pinotage. Five years later, the first Ashbourne Sandstone wine was released. This wine was grown on quartzitic sandstone soils, which emphasize the nervous energy and minerality of Sauvignon Blanc. By releasing the Ashbourne Sauvignon Blanc-Chardonnay in 2012, the estate drew from its Ashbourne quality research and two decades of experience working with blends of Sauvignon Blanc and Chardonnay to create a wine for people with fine wine palates at a price which enables them to drink it regularly. Very encouraging trials and the eventual 2017 release of an unwooded Ashbourne Pinotage-Cinsault blend from old vines, saw Ashbourne take a step out of its home terroir into the warmer Swartland, where lower acids and higher pH levels combine with the lighter, ancient, decomposed granite soils to afford an ease of structure and mouthfeel enabling a fresh, pure, early release wine with marked aromatic and flavor complexity without excessive weight.