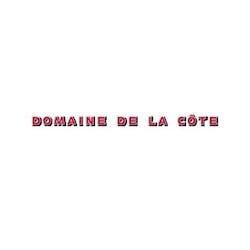 Domaine de la Côte is a collection of 6 vineyards planted over 40 acres on the furthest western edge of the Sta. Rita Hills appellation: Memorious (3.5 acres), Bloom's Field (7.5 acres), Siren's Call (3 acres), Clos Juliet (1 acre), La Côte (9.5 acres), and 15.5 acres of appellation Sta. Rita Hills. Dramatically rising to an elevation of 700 feet above the Santa Ynez River, the Domaine lies on an ancient 25 million year old siliceous (silex) and diatomaceous seabed 7 miles from the Pacific Ocean. The Domaine was purchased by Raj Parr and Sashi Moorman at the beginning of 2013. Sashi Moorman discovered the site and developed the vineyards with Chris King in 2007. Under his direction, the vineyards were planted entirely to California heritage selections at extremely high vine densities between 4,000 and 7,000 vines per acre, unprecedented at the time for the appellation. Although the Domaine spans a mere 40 acres, the diversity of its climats is staggering: each vineyard has a unique geology, aspect, elevation and microclimate. Such distinct expression of site, or terroir, in such close proximity, is unparalleled in California. The Domaine organically farms its vineyards and makes its wines with the philosophy of "add nothing; take nothing away." All the wines are produced and bottled at the winery in the town of Lompoc in Santa Barbara County, three miles from the domaine. Farming Practice:Practicing Organic

Vinous Media 96+ "The 2018 Pinot Noir La Cte is a dark, somber wine. Huge swaths of tannin wrap around a core of blue and purplish

Vinous Media 96+ "The 2017 Pinot Noir La Cote is brisk, intensely saline and full of character. Here, the feeling is more of a linear wine

Wine Advocate 94 "The 2016 Pinot Noir Memorious, from a 3.5-acre parcel that's typically the last to be harvested, offers up a lifted and perfumed nose

Wine Advocate 94 "The 2016 Pinot Noir Memorious, from a 3.5-acre parcel that's typically the last to be harvested, offers up a lifted and perfumed nose

Vinous Media 93 "Domaine de la Côte's 2014 Pinot Noir Bloom's Field is terrific. All the elements come together effortlessly. The 2014 is lifted and translucent,

Decanter 97 "Sashi Moorman and Rajat Parr make their Pinots taste effortlessly elegant, but it’s a fine-tuned approach in the cellar and ultra-attentive viticulture that achieve

Vinous Media 93 "The 2013 Pinot Noir Bloom's Field is utterly beguiling from the very first taste. Layers of flavor build through the mid-palate and finish,

Vinous Media 92 "Cranberry, orange peel, blood orange, mint and sweet spices are some of the notes that flesh out in the 2013 Pinot Noir Memorious.

Wine Advocate 92-95 "Brought up all in barrels, some of which are new, the 2012 Pinot Noir La Cote comes from their estate vineyard that’s located