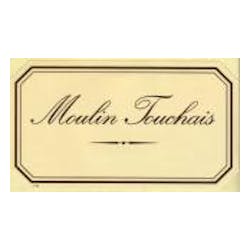 "The Loire Valley has a long history of producing superb, luscious and riveting sweet Chenin Blanc wines from the appellations of Quarts de Chaume, Bonnezeaux, and Coteaux du Layon. Among the most extraordinary wines we have come across in the region are the Coteaux du Layons from Moulin Touchais. While the domaine produces a great number of wines from their 145 hectares of vineyards, the Coteaux du Layon accounts for less than 10% of their production and has earned them a reputation as a true jewel in Anjou. Founded in 1787, Moulin Touchais has been passed down through eight generations of vignerons. The estate is renowned for producing a sweet Chenin that is aged a minimum of 10 years in the seemingly endless cellars located in the village of Doué-la-Fontaine. This tradition was born following the second World War when wine had little value and was very difficult to sell. Once the market began to rebound and the estate finally released their cellared stocks, they noticed that long-term ageing had resulted in a gorgeous evolution in bottle, and thus, 10 years became the minimum amount of time a vintage must be cellared prior to release. The estate is one of the few that offers a range of vintages, often 30-40 years old or older! The longevity and complexity of Moulin Touchais wines are linked to a harvesting strategy where 20% of the grapes are picked around 80 days after flowering when the fruit is slightly under-ripe and loaded with acidity, and the remaining 80% is harvested in multiple passes as late as 100-120 days after flowering, which generally yields fruit with very high concentration and sugar levels. As a general rule, the closer the Layon river gets to the Loire, the more botrytis you will have due to mist and humidity. Since Moulin Touchais is upstream, there is rarely botrytis except in exceptional vintages where noble rot sets in and protects the berries allowing them to gain increased ripeness. Because each vintage has its own particular late harvest conditions, the wines can vary slightly in both sweetness and flavor profile. While some vintages boast classic mature dessert Chenin aromas like baked apples and pears and honey, others are a bit less sweet (more like a ripe Auslese) with aromas of sweet green apples, chamomile tea and minerals, along with more obvious acidity. While the riper years and the occasional years with a little botrytis would be a perfect match for dessert courses (tarte tatin, anyone?), the other years would likely marry best with cheeses or foie gras. Overall, Moulin Touchais wines are marked by their elegance, opulence, and freshness, and the truest qualities are unveiled after a decade. Most hit their stride at 20 years, but many great vintages will reward the most patient among us with fine, beautifully balanced acidity, intriguing and complex aromas, and beautiful lingering flavors for up to 50-100 years."

John Gilman 95 "The 1997 and 1996 vintages were two very top, top years in Anjou, with the wines quite differently styled, but both years producing