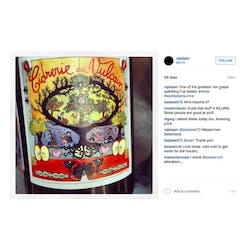 "The local Vulcan butterfly that feeds on the juice of fallen apples. Tart apples, peeled and sliced, just starting to brown, waiting to be

"The local Vulcan butterfly that feeds on the juice of fallen apples. Tart apples, peeled and sliced, just starting to brown, waiting to be