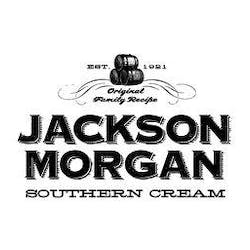 About Jackson MorganAmerican made and carefully curated, Jackson Morgan was born out of a need for a craft whiskey cream. Playful southern flavors including salted caramel, orange whip, and brown cinnamon sugar create a fun flair that has been missing from traditional whiskey creams. Can be sipped neat or shaken into a vintage cocktail. Best served chilled. It all started in 1921 when Alfred Wetherington, the great grandfather of siblings Jackson and Morgan had a whiskey still in eastern North Carolina. He later decided to become a preacher and left the whiskey life behind. Almost a 100 years later, Jackson and Morgan are picking up where he left off with a new twist on the family recipe

" The first Banana Pudding Liqueur on the market out of Tennessee, this banana cream can be sipped neat or mixed into a cocktail." ~