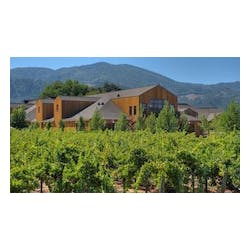 DENNIS CAKEBREAD (OWNER) Dennis Cakebread is a 40+ year veteran of Napa Valley, where his family built the prestigious Cakebread Cellars from scratch beginning in 1973. He has been active in wine industry groups including stints as president of the Napa Valley Vintners and has served on the boards of The Wine Institute, Family Winemakers of California, and WineAmerica. He is co-founder and board member of Free the Grapes, is a previous board member and treasurer of the Coalition for Free Trade, and is past president and board member of the Wine Market Council. He is currently on the board at American AgCredit. In 1992, as part of a 'future planning' session, the family discussed new future wine projects as part of growing in the wine making business but not getting too large to lose the handmade quality of Cakebread Cellars wines.Curious about opportunities outside Napa, Dennis began to explore other wine regions that could potentially be home to a new project. Key was that the region demonstrates consistent wine quality and that the community is one built on working together to make better wines. It didn't take long for Dennis to realize that Walla Walla was a special place that had a significant history of making quality wine and there was an opportunity for new projects to thrive.Dennis made his first trip up to Walla Walla in 2010. It was through existing contacts and new friendships that he learned about the talents of winemaker Aryn Morell. The exploration and search for great areas and vineyards continues today. ARYN MORELL (WINEMAKER)Aryn Morell grew up in Washington state but left to study chemistry at the University of Nevada Las Vegas, where he set his sights on a career in chemical engineering. A weekend in Napa Valley, however, convinced him that he could apply his education in the wine industry while at the same time satisfying his passion for wine and food. His path to winemaker started with Golden State Vintners, Edgewood Estates, and Silver Oak , and eventually took him to a consulting company for such venerable wineries as Joseph Phelps, Quintessa, Chimney Rock, Chappellet, and countless others. These experiences served as the foundation for Aryn's vision to craft world-class wines. In 2007, an opportunity opened up to move back to Washington, so he and his family moved home, where his winemaking skills have been put to the test for several premium wineries. In 2012, Aryn was contacted by Dennis Cakebread to see if he'd be interested in working on a new project Dennis was starting; a Bordeaux blend to be named Mullan Road Cellars.