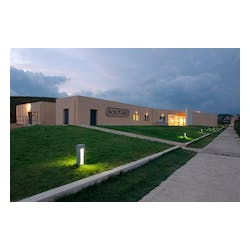 The Boutari family has been crafting wines from Greek varietals since 1879, when Yiannis Boutari first started producing red wines in the small northern village of Naoussa. Since that first vintage the family has become a pioneer of Greek wines. From exporting the first bottled red wine from Greece to reviving lost varietals, Boutari now crafts wines from six different regions using varietals that are grown nowhere else in the world. In a constant quest for improvement Boutari maintains "demonstration" vineyards around Greece where local farmers are invited to learn new methods and techniques for improving their grapes. The results have been astounding: Boutari has been named an International Winery of the Year by Wine and Spirits 14 times – only 5 wineries in the world have received the award more times. Achievements such as developing the modern style of Santorini to reviving lost varietals have garnered lavish praise from the wine press and spawned a generation of high-quality Greek wines made by vintners who cut their teeth under the tutelage of the Boutari family

"Deep ruby in color with an intense aroma of red fruits, marmalade, berry and cherry, this wine has a velvety taste and round texture. Flavors

"A pleasant simple white wine with a luminous, golden white colour and an aroma of white flowers and fresh fruit. A fine balance and pleasant

"A lovely, aromatic Greek white wine made from the country's classic Moschofilero grape. Great value. A profusion of aromas of grapefruit and white florals."

"A pleasant simple white wine with a luminous, golden white colour and an aroma of white flowers and fresh fruit. A fine balance and pleasant

"A refreshing, dry white wine with an aroma of enticing citrus, floral and melon notes. The texture is crisp, fresh and well-balanced by lush flavors

"A striking color leads to an aromatic wine that features floral and tropical notes, along with stone fruit. Bright acidity and luscious fruit flavors highlight

In an effort to literally save the Moschofilero variety from extinction and in recognition of the enormous potential of this strongly aromatic variety, Boutari created

" This is very ripe, redolent of honeysuckle, roses, orange and white pepper, but it stands apart for its balance, an combination of fullness of

"Today it is still one of most beloved red wines not only in Greece but around the world. A visit to the Naoussa winery will

Fresh red wine with a lively colour and a pleasant aroma of red fruit and spices. Smooth in taste with soft tannins, balanced acidity, and