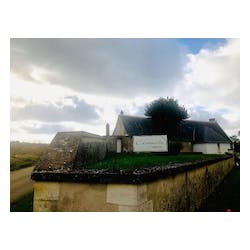 Catherine and Didier Champalou both came from vigneron families, yet their mutual sense of independence prompted the couple to brave it on their own right after completing viticultural school in Saumur. Since starting the domaine in 1983, they have not only grown their business, but their label is one of the most highly-acclaimed in the appellation. Vouvray is home to the noble Chenin Blanc, more commonly known as Pineau de la Loire in their part of the world. As widespread as Pineau is, both soil and climate play key roles in the diversity of its incarnations, and a Chenin from California gives one no hint of what the grape is capable of in the right soil. Farther inland along the Loire, in the region of the Touraine, Vouvray enjoys a warm, continental climate during the summers. Slowly dropping temperatures in autumn make for a long ripening season. Microclimates with high humidity can also bring about the beloved noble rot. The gravel and chalk in the vineyards also play a role absorbing the sun's rays, lending increased ripeness to this part of the Touraine. The Pineau of Vouvray can be pétillant (sparkling), sec (dry and crisp), demi-sec (off-dry) or in a botrytized state called moelleux. Catherine and Didier make all four styles. The Champalou family farms twenty-one hectares of vineyards on clay, limestone, and siliceous soils. They embrace sustainable farming while also integrating the use of the lunar calendar more traditionally associated with organic viticulture. The soils in their vineyards are rich, deep, and aerated though regular plowing. Cover crops are planted in between vineyard rows to help with excess water absorption and to encourage microbiotic activity in the soil. The Champalou house style produces wines of great elegance and tenderness, highly aromatic with impeccable balance. No one comes close to copying their distinct style. Didier and Catherine's daughter, Céline, has recently joined the domaine after spending her internships in New Zealand, South Africa, Languedoc, Corsica, and Canada. Daughter Virginie lives in London, and is also in the wine business. There is no question that the tradition and quality for which this domaine is known will continue for many years to come.

Crafting impeccably balanced, off-dry wines like this is no simple task, but the Champalou Fondraux rolls over the tongue so fluidly that you might be

The Champalou family farms twenty-one hectares of vineyards on clay, limestone, and siliceous soils. They embrace sustainable farming while also integrating the use of the

The Champalou family farms twenty-one hectares of vineyards on clay, limestone, and siliceous soils. They embrace sustainable farming while also integrating the use of the

At the end of a long, draining day, you deserve to relax with a glass of this silky nectar, full of lovely notes of pear,

"The Champalous dry and off-dry Vouvrays have become among the most frequently seen on the American restaurant list, and no wonder, given both their phenomenal