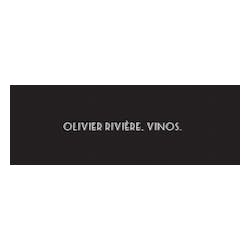 With just shy of twenty hectares of vineyards that are rented, farmed or owned outright in Rioja Alta, Rioja Baja, Rioja Alavesa and Arlanza, and splitting his time between his own wines and those of Bodegas Lacus, it would be a gross understatement to say that Olivier Rivière is a busy man. Originally lured to Spain in 2004 by Telmo Rodriguez to convert his vineyards to biodynamics, Olivier came to appreciate the rich history of Rioja and the diversity of its soils and grape varieties. In 2006 he started his own project and, due to the high cost of land in Rioja, he traded his farming abilities for access to grapes from the best sites he could find. In 2009 he joined Luis Arnedo at Bodegas Lacus and found a more permanent home for his growing portfolio of wines. Olivier, as you might guess, is not Spanish but French. He was born and raised in Cognac, studied enology (with an emphasis in biodynamic farming practices) in Bordeaux and gained practical experience there and in Burgundy. The list of estates where he has worked is impressive by anyone's standards, from the most dedicated fans of natural wines (Elian da Ros) to ultra-traditionalists (Domaine Leroy.) When his plans to set up a domaine in Fitou fell through, Olivier decided to spend a few years consulting in Spain, and he's never left. Coming from France, Olivier has an innate sense of terroir. Unlike most of his peers in Rioja, he bases his cuvées not on political boundaries or the length of barrel aging but instead on terroir. He believes in a Burgundy-inspired hierarchy of quality, with generic appellation and Village wines at the base and Premier and Grand Cru wines at the top. This is how to best understand what Olivier is doing in Rioja, rather than the moribund Crianza, Reserva, and Gran Reserva model. In keeping with his education and advocation, all of Olivier's vineyard sources – whether owned or leased – are farmed biodynamically. The fruit is harvested by hand and each variety is fermented separately.

Winery Notes Rayos Uva is Oliviers version of a Bourgongne Rouge sourced from fruit grown in the sandy, gravelly and alluvial soils of Rioja Baja. The

James Suckling 94 "Super fresh and gently reductive young black cherry fruits, with a sappy edge, too. Give this some air. The palate has a smooth,