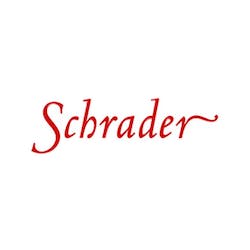 For more than a decade Schrader Cellars has produced benchmark Cabernet Sauvignon from the most prestigious vineyards in the Napa Valley -- notably the first-growth Beckstoffer To Kalon Vineyard in Oakville. With winemaker Thomas Brown we have created wines known for their vibrant flavor and opulent richness. Our program focuses on highlighting the character and profile of three distinct clonal varieties with minimal intervention that allows the true nature of each to shine. Ultimately, the wines speak for themselves. Schrader Cellars has garnered the highest critical acclaim in the history of American Cabernet Sauvignon production, where our 'no-holds barred' wines represent excellence at the highest level from vineyard practices through the careful bottling and delivery of each and every wine.

Wilfred Wong 93 The 2017 Double Diamond by Schrader Cellars is a standout wine. TASTING NOTES: This wine competes with the best of them in this

James Suckling 99 " This is shows complex aromas of chili, red tile and red currant aromas. Full-bodied, dense and powerful. It is so intense and