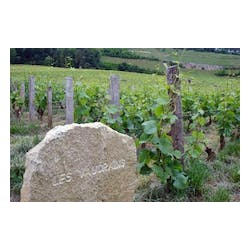 The stunning collection of premier cru and old-vine vineyards held by the two Chevillon brothers would make any Pinot Noir grower jealous. Their innate ability to carefully tend the vines and master the difficult Burgundian conditions provides ripe, healthy clusters of grapes year after year. Taste through the barrels of Chevillon post-harvest and it doesn't matter what happened the year before, almost as if by miracle, the wines show class and character and each terroir has its distinct idiosyncrasies. It is le vrai Pinot chez Chevillon. Brothers Bertrand and Denis Chevillon are the fifth generation managers of this property in Nuits- Saint-Georges, which means they work the vines and make the wines. Their father Robert, for whom the domaine is named, is still active as well. Both brothers bring passion, experience, a tireless work ethic, and intensity to their work at the domaine. Tasting through their palate of Nuits- Saint-Georges is a venerable tour of the appellation. Their Passetoutgrain, a blend of Pinot and Gamay, is a worthy introduction and their rare (two barrels made) Nuits-Saint-Georges Blanc made from the "Pinot Gouges" is an exotic treasure that ages just as long as the domaine's fabled reds. And their Bourgogne Aligoté, Bourgogne Chardonnay and Bourgogne Rouge are grown and vinified with the same care as their premier crus. It shows. The track record of the Chevillon wines in the cellar is one of the most remarkable aspects of this storied domaine. We regularly have the good fortune to taste back through the past three decades of vintages of all the various premier crus and the wines always more than convincing--they are amongst Burgundy's very best. In fact, I have often been more disappointed with grand cru bottlings than I am with the top-tier Chevillon premier crus. Indeed, Nuits-Saint-Georges does not officially have any grand cru vineyards, but we are convinced that Cailles, Vaucrains and Les Saint-Georges are firmly grand cru quality. This decision is currently in the hands of the appellation authorities but it is almost better if the status quo doesn't change–that way we are assured to get grand cru quality at a premier cru price!

DECANTER 94 "Very poor stony, chalky, soils are the source of this 0.6ha parcel close the town's famous quarry. This has quite a bit of

Decanter 95 "One of an impressive array of premiers crus from the south side of Nuits, the Chevillons' parcel in Pruliers extends to 0.6ha and is

DECANTER 95 "This premier cru's position on the south side of Nuits, just below Les Perrires, means that it has a high limestone content and it

JOHN GILMAN 96 "Les St. Georges is often the most purely black fruity wine in the Chevillon lineup, but in 2017, it has caught the red

JOHN GILMAN 96 "The 2017 Domaine Chevillon Vaucrains is deep, pure and supremely elegant out of the blocks this year, with the nose offering up a

Burghound 90-92 From a 1.5 ha parcel that blends 40+ and 60+ year old vines. Discreet wood sets off the much spicier aromas of both