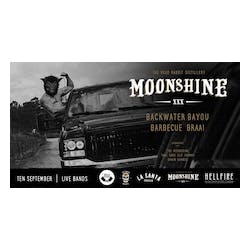 THE GANGS OF NEW YORKIn the mid- to late-1800s, many of New York's poorest areas were riven by violent gang warfare. In the lower Manhattan area was the poorest and most squalid area of all, The Five Points. This was a slum of disease, depravity and destitution. And it was here that the most famous – or notorious – gangs of all ruled the streets. THE DEAD RABBITSThe Dead Rabbits were a notorious Irish immigrant street gang whose sworn enemies were the nativist anti-immigrant Bowery Boys. Their antagonism came to a head in a notorious riot that raged for days in 1857. Up to a thousand gang members were involved before order was finally restored. The leader of the Dead Rabbits was John Morrissey, a notorious figure who would later go on to become a Democratic congressman and senator. THE DISTILLERYThe Dead Rabbit Irish Whiskey is crafted by Master Distiller, Darryl McNally of the Dublin Liberties Distillery, in Dublin's traditional home of distilling. The building is over 400 years old and, believe it or not, was once a tannery where rabbit fur was processed. In whiskey, as in life, some things are just meant to be. DARRYL MCNALLY, MASTER DISTILLERDarryl McNally is the Master Distiller for The Dublin Liberties Whiskey Company and one of Ireland's leading experts on Irish whiskey. As Master Distiller of The Dead Rabbit Irish Whiskey, Darryl is responsible for all aspects of production, from selecting the grains to be used to create each whiskey, to carefully blending and distilling the liquid to achieve whiskies of the highest quality possible. His skill and passion for whiskey-making is evident from the care and effort he puts into the process and from the success of the DLD brands, which are amongst the fastest-growing Irish Whiskies in the world today. Daryl has over 20 years in the Irish whiskey industry. He started as an apprentice at Ireland's oldest distillery where he worked for 17 years, achieving his goal of becoming Master Distiller in 2007. In addition to distilling and blending, Darryl's extensive experience across all aspects of Irish Whiskey includes packaging, supply chain management and bottling. THE DEAD RABBIT GROCERY & GROG, NYCThe shelves are the story of Irish whiskey. And the menus are sought-after, talked-about and award-winning documents. This is what makes the Dead Rabbit unique and why it's won best bar in the world. Twice. The Dead Rabbit Irish Whiskey reflects this in the care and craft that goes into every drop. Working hand in hand with Darryl McNally, leading Irish whiskey distiller, The Dead Rabbit Irish Whiskey was conceived – inspired by the gangs and the bar before it.