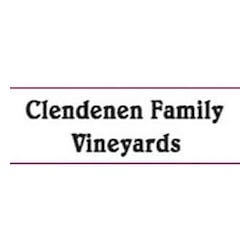 This is not just another label for winemaker and Au Bon Climat owner Jim Clendenen, but rather it is a project of passion he hoped to share with his wife and children. Created in 2000, these are artisan, small lots of distinctive wines where commerce is not the driving force. Many of the wines are crafted from unique varietals grown primarily on his organically farmed Le Bon Climat and Rancho La Cuna Vineyards, but the project has since expanded to include special plantings at Bien Nacido Vineyard, as well. While two of the jewels from this project are Jim's best expressions of Chardonnay and Pinot Noir, this "varietal playground" also includes benchmark examples of Nebbiolo, Tocai Friulano, Viognier, Petit Verdot, Sauvignon Blanc, and an amazing Syrah/Viognier blend. As always, the hallmark of Jim's wines is balance. Born in Akron, Ohio to gastronomically impoverished parents during the culinary Dark Ages of the American 1950s, Jim went on to graduate from the University of California, Santa Barbara, with High Honors in Pre-Law in 1976. It was during his "junior year abroad" in 1974, while turning 21 in France, that he discovered life beyond tacos. After graduation, a one month stay in both Burgundy and Champagne convinced him to attempt a career in wine rather than continue on to law school. In 1981 he found a way to work 3 harvests in one year – directing the crush at wineries in Australia and France as well as on his home turf. This masochistic feat convinced him he was ready to start his own winery, and he launched his Au Bon Climat winery the following year.

"A deep, layered red with aromas and flavors of plums, dried roses and earth. Five years barrel age brought all the compents together harmoniously. Balance

Wine Enthusiast 94 Jim Clendenen saves his richer styles of Chardonnay for this family brand, and he remains a master of the style, adhering to balance

Jeb Dunnuck 91 "Brioche, honeysuckle, lemon curd, and hints of minerality all emerge from the 2017 Viognier Le Bon Climat, and while it doesn't speak to

Winery Notes Delicate aromas of ripe wild strawberry and watermelon slowly rise from a cold glass of this Ros. Complex flinty notes. Try this wine for

Cool climate Viognier is hard to find in California. Le Bon Climat is truly cool climate, located on the edge of the Santa Maria Valley,

Winery Notes “Cool climate Viognier is hard to find in California. Le Bon Climat is truly cool climate, located on the edge of the Santa Maria