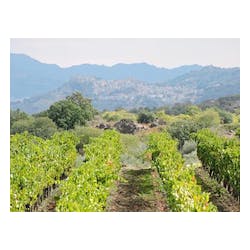 While viticulture on the slopes of Mount Etna dates back thousands of years, only in the last decade or two have the wines produced on Sicily's mythical volcano entered the global spotlight. Eager to exploit the terroir riches of this stunning natural wonder, waves of newcomers from around Italy and abroad have settled, relying on both traditional methods and modern enology to search for Etna's truest expression. The fascination with Etna in the eyes of growers and consumers alike stems not only from its fertile soils of sandy, decomposed volcanic rock but also from the elevation that allows its wines to retain an uncommon freshness and delicacy at such a southerly latitude. Reaching over 1,000 meters above sea level, Etna's vineyards are some of Europe's highest, and the cool nights late in the growing season favor slow ripening and the development of extremely complex aromas at relatively low alcohol levels. Harnessing this potential to create wines of nuance and finesse, however, is another story altogether: it requires vision, dedication, and careful execution. It is with tremendous excitement, then, that we announce our collaboration with Vigneti Vecchio, a small family-run estate on Etna's northern face. Carmelo Vecchio and his wife, Rosa La Guzza, did not come from afar to make wine on Etna: they are true locals, raised in the heart of the vineyards. Carmelo began working at the nearby Passopisciaro winery at a young age, and after fifteen years of hands-on experience, the time came to strike out on his own. From barely one hectare of vines up to 130 years old inherited from Rosa's family, the couple took matters into their own hands: sustainable farming by hand, with the goal of achieving an elegant balance in the grapes; micro-vinifications in the tiny cellar beneath their home, with respect for tradition and terroir; and aging the wines in used barrels before bottling without fining or filtration. Armed with excellent raw materials along with Carmelo's years of experience and an appreciation for ancient local practices such as skin maceration for whites and blending white grapes into the reds, Rosa and Carmelo succeeded in crafting delicate, pure, and highly refined wines from their inaugural 2016 harvest. While Etna still searches for its identity, Vigneti Vecchio demonstrates that this towering volcano rising from the Mediterranean can in fact produce wines as beautifully nuanced as anywhere else in Italy.

Vigneti Vecchio’s vineyards are a sight to see: alberello-trained vines up to 130 years old poke out of a moonlike landscape of dusty volcanic sand

Vigneti Vecchio’s vineyards are a sight to see: alberello-trained vines up to 130 years old poke out of a moonlike landscape of dusty volcanic sand

Nerello Mascalese, a notoriously tannic and high-acid grape, makes up the majority of the blend here. How to tame the beast? Carmelo and Rosa co-ferment