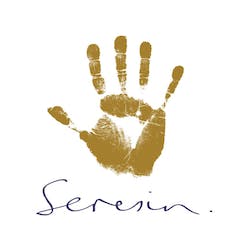 Estate grown grapes from organic and biodynamic vineyards are handpicked and transformed into artisan wines through gentle, traditional winemaking – wine of passion, grace and spirit. Michael Seresin was born in Wellington, New Zealand, but left in the 1960s, when sheep, not grapevines, covered the Wairau Plains. He settled in Italy, where he was captivated by Italian food and wine culture, and began his career as a cinematographer. Over time Michael's interest in wine developed into a passion. In the early 1990s after investigating opportunities to start a winery in Italy, he became aware of the quality wines starting to emerge from his homeland. After visiting Marlborough, and falling in love with the Marlborough Sounds, Michael decided to purchase a home there, followed by the purchase of some land in the Wairau Valley, which became Seresin's Home Vineyard. Planting of vines began immediately, followed by the importation and planting of Tuscan olive varieties and significant plantings of natives. Seresin's first vintage was in 1996 and the winery was completed in mid-2000. A year later, the Tatou Vineyard was purchased and land in the Omaka Valley was purchased for development into what is now the Raupo Creek Vineyard. Acknowledging Seresin's ongoing commitment to sound environmental practices as a winegrower, Seresin won the Marlborough District Council's 2009 Marlborough Environment Award. Seresin Estate Winemaker Clive Dougall has over 14 years of experience in the wine industry, both locally and internationally. He joined Seresin Estate at the beginning of 2006.

Winery Notes Biodynamic farmed. Subtle on the nose with warm notes of ripe yellow stone-fruit, soft passionfruit and chalky-mineral complexity. The palate is layered and