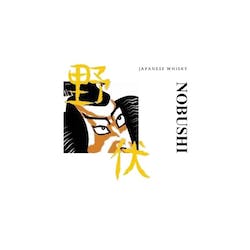 The NOBUSHI are an order of elite warriors descended from Japan'warriors descended from Japan's feudal era who have preserved teachings andera who have preserved teachings and wisdom that have been handed down towisdom that have been handed down to them from generation to generation.them from generation to generation. Defenders of the towns and villages ofDefenders of the towns and villages of the Empire, Nobushi are by naturethe Empire, Nobushi are by nature tireless, combative and highly effectivetireless, combative and highly effective warriors. They are known for theirwarriors. They are known for their elegant technique, light armour andelegant technique, light armour and clothing that enables them to move withclothing that enables them to move with great speed and dexteritygreat speed and dexterity. They are. They are highly adept at dodging enemy attackshighly adept at dodging enemy attacks and confounding opponents who knowand confounding opponents who know nothing of the deep knowledge andnothing of the deep knowledge and refined techniques of Samurai, and theyrefined techniques of Samurai, and they also possess an impeccable skill foralso possess an impeccable skill for brandishing multiple weapons.brandishing multiple weapons. The Nobushi "The Spirit of Honor" is based on leading and venerating a disciplined life based on values, the absence of fear, and a deep respect for oneself, others and one's surroundings. These emblematic warriors managed to pro-mulgate their philosophy with honour and even to influence modernity long after the end of their era. Nobushi is a blended whiskey that is made following an artisanal process and using a magnificent combination of whiskeys from the Miyagi and Nagano prefectures. These spirits are later mixed and aged for 3 to 4 years in American oak casks in the village of Kiyoka-wa, a name meaning "pure river," which is located between east Tokyo and the impressive area around Mount Tanzawa to the west.

Nobushi whiskey is a blended whiskey with great balance and fine velvet textures, surrounded and represented by a resplendent golden-amber colour. It is a blended