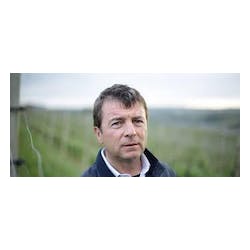 "Nervi is a historic, benchmark Gattinara producer possessing some of the most prized vineyard holdings in all of the appellation. The winery was founded in 1906 by Italo Nervi and is the oldest Cantina in Gattinara, though many of the vineyards had already been in the family dating back as far as 1679. The estate comprises 28.5 hectares of vineyards including their top crus of Molsino and Valferana as well as Garavoglie and Casacce. These are historic crus in Gattinara – mentions of Molsino in town records date as far back as 1471 and those of Valferana date back to 1231!The Nervi family built up the reputation of the estate, running it continually until 1991 when a steel magnate named Germano Bocciolone purchased the estate. Twenty years later, a group of Norwegian investors led by a passionate wine collector, Erling Astrup, purchased the winery. Astrup endeavored to push the level of quality at Nervi and sought out advice from his longtime friend Roberto Conterno. In 2018, the group decided to sell the winery and, wanting to see it fall into good hands, felt it was best to offer it first to Roberto Conterno. While Roberto had not been actively seeking out a new winery, the opportunity to acquire such an historic estate with great vineyard holdings of Nebbiolo was too hard to pass up. Roberto's aim, along with his sons, is to apply the same fastidious attention to detail and quality to the wines of Nervi as he does to those of the Giacomo Conterno estate. The wines are already traditional, pure and age-worthy and they are surely only going to get better from here! Gattinara was awarded DOC status in 1967, and later upgraded to DOCG in 1990. According to David Lynch and Joe Bastianich's book, Vino Italiano, "Gattinara represents the purest expression of the northern [Piedmont] zones." The soil in Gattinara is composed largely of volcanic gravel – remnants of an extinct super volcano which collapsed 280 million years ago. The gravel is rich in minerals (iron, zinc, magnesium and manganese) and clay. This volcanic soil imbues a distinct minerality which sets them apart from the neighboring appellations of Ghemme, Lessona and Bramaterra.The winery focuses on three Gattinara bottlings – Gattinara, Gattinara Molsino and Gattinara Valferana. The single-vineyard bottlings contain the best fruit from those vineyards whereas the third bottling contains the best fruit from Garavoglie and Casacce as well as some wine declassified from Molsino and Valferana. The Gattinara spends a minimum of 3 years in large oak whereas both crus see at least four years in large oak. In addition to the three Gattinara, they make a delicious Rosato from Nebbiolo with a touch of Uva Rara."

Vinous Media 94 "The 2017 Gattinara is terrific. It will also give readers something to drink without waiting decades. In 2017, the Gattinara is a bit

"Fruit for the Nebbiolo Rosato is fermented in steel and aged four months on the lees, which leads to a textured and savory wine full

"Fruit for the Nebbiolo Rosato is fermented in steel and aged four months on the lees, which leads to a textured and savory wine full

Vinous Media 91 "Luminous pink. Reticent nose of white flowers and herbs, plus a whiplash of red berry juiciness. Round, rich and tactile, with good juicy

Vinous Media 94 "Nervi's 2016 Gattinara from Nervi is superb. Sweet red cherry, mint, juniper berry and wild flowers are some of the many notes that