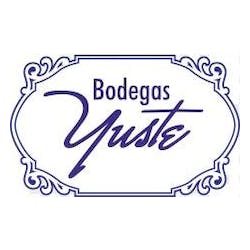 Sanlúcar native Francisco (Paco) Yuste has sold Manzanilla his entire life, building a successful beverage distributorship in the provinces of Cádiz and Córdoba. In 1991 he purchased historic Bodega Santa Ana in Sanlúcar's Barrio Bajo, including its centenerian solera, and began operation as an almacenista. In 2001 he added Bodega Los Ángeles in the Barrio Alto, restoring it to Manzanilla production and for refreshing his criaderas at Santa Ana. Bodega Miraflores, founded in 1956 by a group of growers in that famous Sanlúcar pago, was acquired in 2010 to serve as production base. Yuste quality starts in the vineyard with the fabulous 46-hectare Viña La Alamedilla estate in the Jerez pago of Carrascal. Longterm sources in El Puerto de Santa María's Balbaína and Sanlúcar's Miraflores contribute in equal parts to combine freshness and minerality with ample body. New wines arrive to Bodega Miraflores. Just 800 meters from the Guadalquivir estuary, Miraflores offers ideal conditions for sobretablas selection and the first stages of Manzanilla development. After five years, the manzanilla fina passes to Bodega Los Ángeles for aging as Aurora Manzanilla before entering the solera at Bodega Santa Ana in the Barrio Bajo where La Kika (Manzanilla Pasada en Rama, well over 10 years old: "The Pearl of Sanlúcar") is bottled by hand from selected individual botas. In 2015 Yuste's acquisition of the classic Aurora brand provided impetus for export launch. This was followed in 2016 by purchase of Herederos de Argüeso with its famous Manzanilla, San León. Yuste's treasures include the 18th Century soleras of the Conde de Aldama, who preserved his prephylloxeric wines by encasing the botas in plaster, preventing their admixture with wines from grafted vines during approximately 50 years.