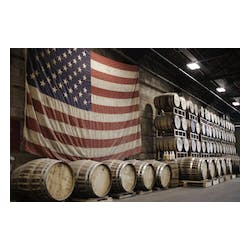 The Nelson's Green Brier HeritageCharles Nelson was born July 4, 1835 in Hagenow, a small town in the Mecklenburg-Schwerin state of northern Germany. He was the eldest of six children whose father, John Philip Nelson, owned a soap and candle factory. When Charles was 15, his father decided he wanted to move his family to America for a better life. He sold his soap and candle factory, converted all of the family’s earthly possessions to gold and had special clothing made to hold all of that gold on his person during the journey. In late October of 1850, he gathered his family and boarded the Helena Sloman to set sail for America. As fate would have it, on November 19 of that year, intense storms and gale force winds sent many of the nearly 180 passengers overboard. John Philip Nelson was one of those unfortunate souls and weighed down by the family fortune, he sank directly to the bottom of the Atlantic Ocean. Luckily, the rest of the family arrived safely in New York, but with only the clothes on their backs, and 15 year-old Charles found himself man of the house.

" In keeping with the history of the brand and to assure that only the finest quality Bourbon is labeled Belle Meade Bourbon, we painstakingly

A 21st century resurrection of a remarkable family recipe from 1860, Nelson's Green Brier Tennessee Whiskey continues to set the standard by which all Tennessee