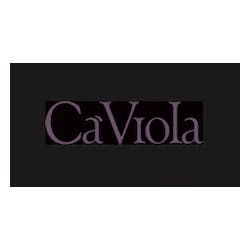 The Ca' Viola wine cellar is located in Dogliani, a small town in Langhe, the best place for one of the most important Piemontese grapes: Dolcetto. They produce all the traditional red wines; Dolcetto, Barbera, Nebbiolo and Barolo, entirely from small, exclusive parcels of vineyards situated in the most important crus. Giuseppe "Beppe" Caviola is the owner and is considered to be one of the most important oenologists in Italy. In 1997, under the wing of Elio Altare, he started to work for many emerging producers, forming part of L'Insieme Project, and the following year became a consultant to Villa Sparina. Beppe had been involved with wine since he was a boy, ever since he first decided to attend the Enological School in Alba. After he finished his studies, he found a job at the Enological Centre in Gallo, just outside Alba. There he met Maurizio Anselmo, with whom he developed a deep friendship destined to change both their lives. Beppe rented the vineyard of his dreams, called Barturot, and began vinifying the grapes in the garage of his parents' house. One day Elio Altare, already an established star in the Barolo galaxy, tasted that wine and encouraged Beppe to bottle it. And so, in 1991, he released 860 bottles of Dolcetto, the first wine labelled with the Caviola name. In Montelupo he also managed a small plot of Barbera, which he decided to vinify with modern techniques coming from the Barolo DOCG. Beppe turned to barriques to age his new wine and released as a "Vino da Tavola", a table wine, because at the time none of the other classifications allowed the use of barriques for aging. The wine found immediate success, helped in part by the wonderful label designed by the late maestro Gianni Gallo. The village of Montelupo (whose name means "wolf mountain") inspired the logo and name of the wine: the celebrated Bric du Luv ("hill of the wolf" in Piemontese dialect), which over the years became classified as Langhe Rosso and finally Barbera d'Alba, symbolizing the evolution that was going on under the Langhe skies. As new labels were created (Dolcetto Vilot, Barbera Brichet), Beppe felt the need to dedicate himself full time to the art of winemaking. He left the Enology Centre, bringing with him the trusted Maurizio, "the man with the tractor". In 2002, Beppe was named "Enologist of the Year" by the Italian wine industry's most important guide, Gambero Rosso. At this same time, Beppe and his wife Simonetta moved the winery to Dogliani and created a whole complex in which production, consultancy and hospitality can coexist in harmony, all united by the same philosophy of simplicity and excellence. Ca' Viola is not classified as a biodynamic producer but their style of production is completely natural. In most years they don't use any chemicals in the vineyards, the wines contain only a small quantity of sulphites, and while they are not filtered, the wines are clear and without sediment even after several years. Ca' Viola doesn't add selected yeasts but prefers to rely on the yeasts found on grape skins in the vineyard.

The Dolcetto as tradition dictates. Born in 1996, it is the younger brother of the more well-known Barturot. Its 20 years old vineyards produce 70

James Suckling 92 A fruity, tangy dolcetto with dried raspberries and hints of cedar. Its medium-bodied, fruity and bright with a creamy texture. Serious dolcetto, not

Rich ruby red color. The nose plays on notes of fresh fruit and finishes with a pleasant note of blackberry. Smooth, agile, fresh, and balanced

Wine Spectator 93 "This is elegant, with floral, black cherry, black currant and iron flavors matched seamlessly to a sleek profile. Long and detailed on the