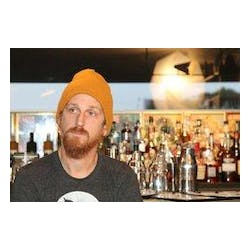 OSCAR.697 is a contemporary Italian vermouth, conceived in 2012 by global drinks expert Stefano Di Dio, a veteran of the modern spirits world. OSCAR.697 Vermouth is crafted in Canelli in Piedmont, Italy and is a blend of 75% wine (Trebbiano di Romagna, selected for its relative neutrality) and 25% of a maceration of botanicals in a neutral spirit. The number 697 comes from the sample that was ultimately selected as the winning recipe after three months of intensive trials to find exactly the right blend of botanicals. The recipe and exact length of maceration is a well-guarded secret.Vermouth has a long history in Europe as a fortified, aromatized wine originally named for the primary ingredient: wormwood. Today Vermouth is served as an aperitif over the rocks with a twist and also plays an important supporting role in some of the 20th century's most famous cocktail creations. OSCAR.697's philosophy is to respect tradition and history while at the same time, through innovation, aspire to take the lead as Italy's modern interpreter of Vermouth. As interest in craft cocktails and spirits increases globally, OSCAR.697 is perfectly positioned to be the premier artisanal Vermouth that a seasoned mixologist will choose to augment their unique cocktail program. New to the market in 2017, OSCAR.697 stands out as an independent Vermouth brand that offers impeccable traditional quality and a unique, modern design that sets it apart from all others.

Oscar.697 Rosso has aromas of absinthe, rhubarb and licorice. The reddish-brown color is all natural and is derived from burnt sugar. Relatively dry on the

OSCAR.697 Bianco has strong notes of Bergamot, Yarrow Muscat and Elderflower. Ideal as a spritz aperitif or as a mixer with white spirits like gin