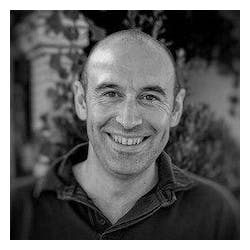 Bodega Mustiguillo focuses on championing Bobal, a native Spanish variety. In the late 1990's, Toni Sarrion began a one man crusade to save this indigenous variety and coax it from obscurity and rusticity to the forefront of truly world class wines. Ever evolving and pushing the quality level forward, Mustiguillo has moved away from the use of overt American oak as seen in previous vintages in favor of concrete and French oak for wines of finesse & balance, realizing the potential of Bobal from the unique terroir of El Terrerazo. Mustiguillo was recognized for their extraordinary efforts by Wine & Spirits as one of the Top 100 Wineries of 2012. One of only fourteen Vino de Pagos in Spain, El Terrerazo was granted DOP status in 2010. At an altitude of 800-824 meters, the estate is comprised of 89 hectares of contiguous vineyards on primarily limestone soils. The climate is Mediterranean with a strong continental influence with drastic diurnal shifts in temperature and contrasting winds from the sea to the east and hot La Mancha to the west.

Wine Advocate 91 A blend of Bobal with Syrah and Garnacha fermented separately and with some full clusters with indigenous yeasts. It matured in French oak