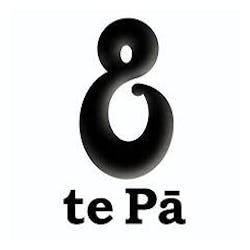 It all began here. Around 1350 AD, it is said, the first canoes rode the crashing waves of the Wairau Bar in to the Wairau river mouth. People set foot in Aotearoa-New Zealand, perhaps for the very first time.Nestled between the mighty Wairau River and the azure waters of the Cook Strait ocean, with Cloudy Bay directly in front, te Pā's home block vineyard at the Wairau Bar is as majestic as it is productive. The Wairau Bar is New Zealand's earliest known settlement. It's a long gravel bank formed where the Wairau River meets the sea. Back when it was occupied, the site was probably an island, ideally located to source plentiful kaimoana (seafood) and birdlife from the lagoon. The Wairau river also gave access inland. It seems that the Wairau Bar was probably a permanent settlement. Archaeologists first excavated the site in the mid-20th century, digging up many graves, including detailed adzes and personal ornaments. The bones and possessions were only repatriated to their rightful resting place in recent years, thanks to a team of archaeologists from the University of Otago and representatives of the Rangitane iwi. With the river to the south, and Cloudy Bay on the eastern boundary, these two bodies of water ensure continuous air flow throughout the growing season which dramatically reduces disease pressure and alleviates mid-summer heat spikes. Soils range from rich fertile loams of varying depths overlying alluvial deposits, through to the sandy/silty soils of the seaside blocks. The Wairau Bar tends to ripen earlier than te Pā's Awatere Valley vineyards, and this relates to the warmer nights and reduced diurnal range. This unique microclimate gives the fruit parcels from this vineyard a soft acidity, pungent aromatics, and complex, ripe flavour profiles.

This wine delivers aromatics of nectarine, lime, florals and hints of toasted spice. The palate is concentrated and precise, with citrus, black currant, fresh herbs

Decanter 94 “Punchy and exotic, with a fresh-fruited nose and palate of gooseberry, nettles, grapefruit, apple, peach, herbs and spice. Crisp, refreshing and dry with intensity

Wine Advocate 90 A 50-50 blend of Awatere and Wairau fruit, Te Pa's 2019 Sauvignon Blanc strikes a nice balance between the herbal and fruity sides

James Suckling 90 "This has a gently grassy feel with attractive, apple and pear notes, building to tropical fruit on the palate. Drink now. Screw cap." Bursting

Wine Advocate 88 “ Faint herbal notes accent raspberry and cherry aromas on the nose of the 2017 Pinot Noir. It's a fruit-driven, medium-bodied effort, with