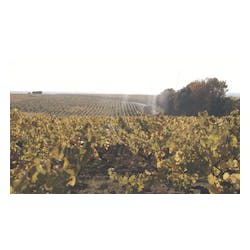 Domaine du Petit Métris covers 30 hectares and is situated in le Grand Beauvais hameau, near the village of St Aubin-de- Luigné, also known as the "pearl of Layon", in the heart of the Chaume and Quarts de Chaume appellations. Chaume and Quarts de Chaume are sweet wines made from Chenin Blanc. The name Chaume comes from the central village from this area and Quarts de Chaume originates from the Middle Ages when the seigneur used to levy a quarter of the production, which naturally was the best of the crop, it became known as Quarts de Chaume. Petit Métris has been in the Renou family since 1784. With the French revolution François Renou, then a farm worker, purchases a few vines in Grand Beauvais. Gradually he extends his wine estate. Later his son develops further the family winery by adding a cellar and purchasing more vineyards in Chaume and other appellations. The property will develop from one generation to the next with the last purchase in the 90's of Les Fougeraies and Le Clos de la Marche in nearby Savennières. Joseph Renou, 5th generation, and his two sons, Pascal and Hervé, now run the family winery. The vineyards cover 30 hectares with 72% Chenin Blanc, 15% Cabernet Franc, 10% Grolleau and some Gamay and Chardonnay.

Wine Spectator 94 Very rich and flattering, with unctuous apricot, glazed peach, mango, date and papaya notes that course along, with a racy ginger and orange