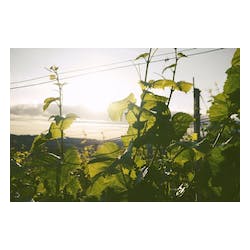 MICHEL ROLLANDIn 1984 Michel Rolland crowd for the first time the vineyards of Napa Valley. Born in Pomerol, he arrived in the United States , still young winemaker, far from suspecting that this land is the cradle of his fabulous career consultant ... He works all this time in the development of the greatest wines of the region , and on the eve of the thirtieth anniversary of his arrival, he finally realized his dream, make his own wine. Mr Napa Valley cuvee is a tribute to the Valley, which is now his second family, a land he knows as well as that of his native Pomerol. THE TEAM Michel Rolland is a wine world superstar who has been working with consulting winemaker Jean Hoefliger since the 2006 vintage to create world class wines. With one of the world's most famous palates, Rolland brings his extraordinary expertise to both the vineyard and the cellar. Besides consulting for highly regarded wineries around the world, Rolland continues to produce his own wines at his estates in Bordeaux where he also directs one of the wine industry's most respected laboratories. A major force in the winemaking world, his expressed mission is to help others make elegant, approachable wines. Fact Sheet Blend: 100% Cabernet SauvignonFermentation: 100% Barrel Fermented, Aging: 18 months, 100% French Oak, 75% NewVineyards: To Kalon, Missouri Hopper, Dr.Crane, StagecoachCase Production: 415 casesAlcohol by Volume: 14.6%

Robert Parker 96 "His 2014 Cabernet Sauvignon-based wine is a prodigious effort and maybe the best he’s made to date, even though one would expect that,