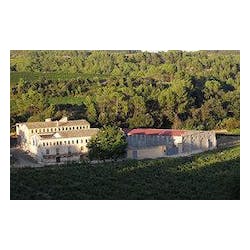 Inspired by Barcelona's Mercat de Sant Josep de la Boqueria - the quintessentially Catalan market destination where locals and tourists alike gather to eat, shop and gossip. Mercat Cava aims to evoke the same spirit of community, liveliness and tradition. The Cava is made using traditional methods in the cellars of El Xamfra, where Francisco Dominguez hand crafts every bottle with the utmost attention and care. Mercat sees extended lees aging and is finished with a very low dosage, allowing the chalky soils on which the old indigenous vines are grown to shine through on the palate. The first Cava was made in 1872 by Josep Raventós who experimented with wines using indigenous Spanish grapes made in the Champagne method. Unlike most classifications, the DO Cava is defined by a specific method of winemaking, rather than a geographical reference. There are over six regions with the DO Cava designation, though over 90% is from the Penedès, which is also generally regarded as the best in terms of quality. The town of Sant Sadurni d'Anoia is the unofficial Cava capital in the heart of Penedès.

50 Xarel.lo, 40 Macabeu & 10 Parellada A complex nose of ripe pear and brioche with zesty minerality on the palate and chalky soil notes. Stone