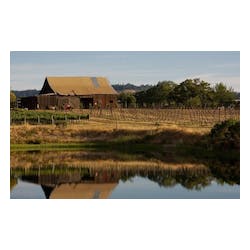 In 1963, Dr. Donald Edmeades, a Pasadena cardiologist, planted grapes in the tiny hamlet of Philo, in the Anderson Valley, making him the first modern-day grower to do so in that remote stretch of western Mendocino County. His son, Deron, began Edmeades Winery in 1972. It quickly gained a reputation not only for Anderson Valley-grown wines, but for lusty, mountain Zinfandels that won gold medals and earned high scores from critics. In fact, Edmeades helped launch the fame of these intense, hillside Mendocino Zins. In 1988, Edmeades was purchased by Jess Jackson, making it one of the first wineries to join the Jackson Family Wines portfolio. Winemaker Ben Salazar, who had previously worked at Carmel Road and La Crema, became chief winemaker in 2012. History of the RegionThe Pomos and other Native American tribes settled coastal Mendocino thousands of years ago. The first Europeans to explore the region were 16th century Spaniards. A burgeoning lumber industry brought large numbers of settlers in the 1800s, with Mendocino being declared one of the new state of California's first counties, in 1850. But this resulted also in chopping down most of the Old Growth Redwoods. Following the Gold Rush, Italian-American immigrants came in earnest; the rolling hills and dales reminded them of home. Their names remain on their vineyards, such as Gianoli and Perli. Today, Mendocino County remains fairly remote. Its wines are usually divided into varieties grown in warmer inland regions, like Zinfandel and Petite Sirah, and more delicate varieties--Gewurztraminer, Chardonnay, Pinot Noir--that thrive in the cooler Anderson Valley.

A medium to full-bodied Zinfandel with ripe blackberry, boysenberry and black raspberry aromas and flavors along with silky chocolate notes on the finish and soft

Mendocino County Zinfandel begins with concentrated aromas of baking spices including; cinnamon and cloves. Those spices give way to aromas of blackberries, black currants, and

The 2017 Mendocino County Zinfandel begins with concentrated aromas of baking spices including; cinnamon and cloves. Those spices give way to aromas of blackberries, black

This good, old-fashioned and straightforward wine is nicely fruity, slightly spicy and has a smooth but firm texture that will be great with food. It

"The 2012 Mendocino County Zinfandel is layered with aromas of wild blackberries, spiced plums, cherries, cracked black pepper, and clove spice. A round and lush

Wine Spectator 88 "Ripe, focused and zesty, with wild berry, bitter chocolate and anise aromas that follow through to appealing flavors of plum, smoke and freshly

Robert Parker 92 "From a steep hillside site planted in the 1800's, only ten miles from the Pacific Ocean, the 2007 Zinfandel Perli Vineyard exhibits a

Robert Parker 90 "The 2007 Zinfandel Mendocino is a super-generic cuvee boasting a deep ruby hue as well as a stunning nose of sweet, briery black