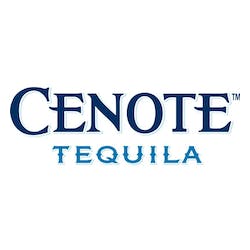 Cenote™ is an ultra-premium 100% Agave Azul Tequilana Weber Tequila inspired by the beauty of the Yucatán Peninsula and the spectacular underground water systems unique to this geographical region. Cenote™ Tequila has a complex flavor profile that balances fragrant cooked agave with delicate wood notes. Cenotes are natural swimming holes formed by the collapse of porous limestone bedrock, which has revealed a secret subterranean world of crystal clear, fresh water that has been meticulously filtered by the earth. The Mayans revered cenotes because they were a water source during dry times; giving them the name cenote meaning 'sacred well'. They believed cenotes were 'windows to the underworld' inhabited by gods and goddesses including the god of rainfall, Chaac.

Cenote Blanco Tequila Brilliant in color, this lively Cenote Blanco tequila is packed with bright citrus and pepper on the nose. Continuous flavor of rich, cooked

Golden straw in color with a balance of vanilla and wood on the nose, Cenote Reposado is aged three months in American Oak barrels, delivering

Rich amber in color with good legs, Cenote Anejo is aged for one year in American Oak barrels. A smoked, woody nose with vanilla, spice