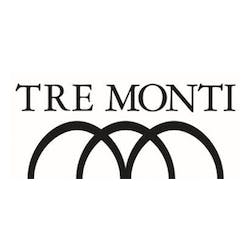 Azienda Agrícola Tre Monti traces its origins back to the early 1960s with the inspiration of Sergio Navacchia and of his wife Thea, who for years was the real driving force behind the winery until her death in 1989. A turning-point came in the 1980s, the result of a revolution that began in the vineyards and carried over into the cellar. Close relationships were established with the best talent in the Italian wine world: a youthful Francesco Spagnolli in the early 1980s, followed by Vittorio Fiore, and afterwards Donato Lanati. The fruit of their expertise underpinned the steady growth of the winery, directed by Vittorio and David and with the help of their father Sergio. The heart of the winery lies in the center of the farm estate in Imola, where only estate-grown grapes are vinified. All of the vineyards are managed according to the principles of sustainable viticulture, which mandate inter-row cover-cropping and the lowest possible use of unnatural products. The winemaking operations too, watched over thoroughly by the experienced and talented Vittorio Navacchia, are animated by a philosophy of minimal intervention. Every step is carried out with full respect not only for the integrity of the fruit, but for the unique character of each growing year as well. All of this so that the final wine is the perfect expression of everything around its environment. Tre Monti became certified organic in 2014.

Winery Notes "Pignoletto is the name of an indigenous grape variety which produces the delicious, exclusive wine with the same name. The grape is considered "King

Winery Notes "Pignoletto is the name of an indigenous grape variety which produces the delicious, exclusive wine with the same name. The grape is considered "King