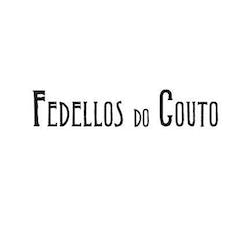 Dominated by a network of canyons carved by the Miño and Sil, Ribeira Sacra is a rugged and beautiful place to make wine. Fortunately these tortuously steep hillsides had already been largely terraced by the engineering-mad Romans. It may have been hard work to farm these slopes – in fact it still is – but agriculture and more importantly viticulture thrives in this area. As a boundary between the cool, rainy Atlantic coast and the hot, dry, interior of Spain, Ribeira Sacra is temperate with a fairly long growing season. The main threat to viticulture here is the storms that blow in from the Atlantic bringing plenty of rain and wind. A transitory zone as well, Ribeira Sacra is a mix of both warmer- and cooler-climate varieties: Mencia, Caiño, Merenzao (a.k.a Bastardo or Trousseau), Mouratón (aka Garnacha Tintorera), Godello, Albariño, Doña Blanca ... But the terroir of Ribeira Sacra is not as ancient as you might think. What little flat land that may have once existed here was submerged with the damming of the Sil and Miño well over 40 years ago. During that time Spain was also witnessing a mass migration from rural areas into the cities, so in places like Ribeira Sacra, only the warmest and driest vineyards remained cultivated – those with southern and western exposures. As the valleys were transformed into lakes however the microclimate here gradually changed. Morning fogs became more common, nighttime temperatures increased and the amount of light reflecting off the water made the formerly "best" spots just a little too warm for the indigenous varietals of the region. Recently several young growers started looking to those long abandoned, unheralded and under-appreciated sites: north- or east-facing, randomly planted, difficult to farm and difficult to reach. Fedellos do Couto is such a project. For generations the Taboada family has owned the Pazo do Couto, an ancient manor dating to the 12th century that over the centuries has produced a wide array of agricultural products on the decomposed granite and schist soils at the southern and eastern end of the Ribeira Sacra in the sub-zones of Ribeiras do Sil and Quiroga-Bibei. Luis Taboada, recognizing the value of his ancient, north- and east-facing vineyards, teamed up with viticulturalist Pablo Soldavini, a proponent of organic farming, and winemakers Curro Bareño and Jesús Olivares to found Fedellos do Couto in 2011. Bareño and Olivares were most recently the talented team behind Ronsel do Sil, one of the most heralded estates in Ribeira Sacra but both began their career in the Sierra de Gredos where they were close friends and colleagues of Dani Landi, Fernando Garcia and Marc Isart. This association is obvious in their wines: elegant and nuanced but persistent and powerful. The winemaking at Fedellos is minimalist: native co-fermentations, long, gentle macerations in concrete, neutral French oak barrels or small fermentation bins with aging in concrete and/or a variety of neutral French oak barrels and foudres, but mainly 500L demi-muids. Four wines are currently produced: Bastarda, Cortezada and Lomba dos Ares and a field blend of white varieties, Conasbrancas. The Bastarda, locally Merenzao, a.k.a. Trousseau, is sourced from several plots on the granite soils of the Bibei valley quite close the vineyards of Rafael Palacios in neighboring Valdeorras. How Trousseau got to this part of the Iberian peninsula remains somewhat of a mystery but its prevalence here and across the border in Portugal dates back at least a couple of centuries. These vines are primarily 20 years old with a small portion of fruit from 50-70 year old vines. Cortezada is the "home" vineyard near the Pazo de Couto in the Ribeira do Sil. This vineyard is north- and east-facing terraces carved from out of the sandy schist soil at 350-500 meters above seal level. The predominate variety is Mencia – a graceful and perfumed version of it. Lomba dos Ares, the hilltop of Ares, is a steep vineyard in the Bibei valley with granite soils higher up that transitions to sandy schist at the bottom. It ranges from 700-750 meters above sea level and is the highest elevation vineyard on the property. Here is planted Mencia, Merenzao, Caiño, Mouratón (Garnacha Tintorera) with no single variety dominating the blend. This is as profound and site-specific as you can find in Ribeira Sacra. Conasbrancas is a blend of Godello and Doña Blanca from scattered vines throughout all their vineyards. While these two varieties dominate the blend, all the other white varieties they grow are also included: Albariño, Treixadura, Lado, & Torrontes. About 70% of the blend sees a 40 day fermentation and maceration on the skins while the remainder (almost entirely Godello) is direct pressed and fermented in neutral French oak. After years of difficulty in getting their wines approved by the DO, Curro and Jesus have made the decision to withdraw their project from the zone. This will allow them to continue to fine tune their winemaking without fear of the forces of homogenization that characterize many regions in Spain. Within the Val do Bibei they are identifying additional sites that warrant single vineyard designation, and have launched a new project further upstream and closer to the headwaters of the Bibei – Macizo Ourensan. Regardless of what is on the outside of the bottles, their dedication to site specific expression and minimalist winemaking guarantees that what is on the inside, are some of the most revealing and exciting wines in our portfolio.

Wine Advocate 92 The 2017 Bastarda contains some 15 Brancellao and Cao, as they had a terrible frost and lost a lot of grapes, so they

Wine Advocate 95 Produced with a mixture of Bastarda/Merenzao/Trousseau grapes from two different subzones of Ribeira Sacra Riberas do Sil and Bibei, the 2016 Bastarda is

Wine Advocate 92 The 2017 Bastarda contains some 15% Brancellao and Caíño, as they had a terrible frost and lost a lot of grapes, so they