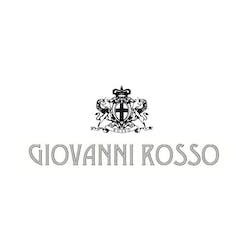 "Founded in 1890, the Giovanni Rosso estate has become on of the brightest stars of Barolo. Although the Rosso family has been tending vines in Serralunga d'Alba for more than a century, Azienda Agricola Giovanni Rosso has been bottling wines only since 1995, when Giovanni's son, Davide Rosso, took control of the estate. Davide studied winemaking in Burgundy and his philosophy has always been aimed at having the maximum respect for the environment, farming organically and with no pesticides, and for the terroir." "In July 2016, Davide purchased an old vineyard in the Northern slope of Mount Etna, near the village Solicchiata of Castiglione di Sicilia, and with the same approach, began to vinify small lots of indigenous varietals. The farm extends a few kilometers past Passopisciaro down to Montedolce, a small inactive crater, after which the Contrada is named. The new holdings extend for 14 hectares in one single plot, of which 6 hectares are dedicated to viticulture: 1.2 ha for whites and 5.5 ha for reds (Carricante and Nerello Mascalese with small percentages of other local grape varieties, as tradition requires). The average altitude is 750 meters above sea level.

Vinous Media 91 "Davide Rosso's 2017 Barolo is a fabulous entry-level bottling. Bright, translucent and super expressive, the 2017 is all charm, all the way. Cedar,

Straw yellow color with greenish reflections. Fresh, delicate nose of broom and citrus fruit mixed with herbs. The sip is full, crisp, and round, with

James Suckling 91 Aromas of chamomile and pears with a stony and chalky edge, as well as dried flowers. The palate has bright, vivid texture with

Giovanni Rossos Etna project was born in 2016 when Giovannis son Davide purchased an old vineyard on the Northern slope of Mount Etna, near the

Wine Enthusiast 94 WE TOP 100 2019 Rank 35 Spanish broom, lemon drop and ripe orchard fruit are just some of the aromas youll find on this