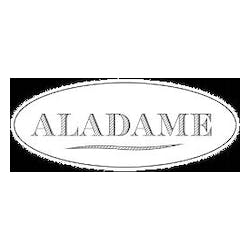 At the young age of 18, Stéphane Aladame was independently building up his winemaking estate after finishing his viticulture and enology studies in Beaune in 1992. He yearned to work in the vineyards, but did not inherit vines or any winemaking tradition from his family. So when a grower in his hometown of Montagny-les-Buxy decided to retire and presented him with the opportunity to rent approximately three hectares of vines, Stéphane dove in head first. Over the years, he acquired new contracts and replanted abandoned vineyards, bringing the total surface area of the domaine today to almost 7 hectares. He has earned an outstanding reputation, his bottles gracing the tables of Michelin-starred restaurants throughout France and abroad. The appellation owes a great deal to Stéphane, who is now a driving force for an area with superb potential but somewhat lacking inspiration and dynamism.Due to the high limestone content and shallow soils, Stéphane describes the style of Montagny wines closer to Chablis than to the Côte d'Or. In the cellar, he works to preserve the fresh minerality. Whole bunches are pressed, followed by a light settling period in tank. Indigenous yeast fermentation is typically split between tank and barrel, as is the aging, which lasts about 10 months. Sulfur additions are homeopathic, adding just enough to ensure the wines' precision.

The Vignes de Derrire 2017 is made using whole-cluster pressing, indigenous yeast fermentation. Half aged in tank (some egg-shaped), half in older barrels. A

Wine Enthusiast 93 #77 TOP 100 Cellar Selections 2019 From a small premier cru in the south of the appellation, this wine has a taut texture and