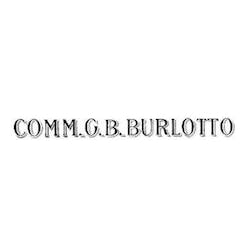 This historic G.B Burlotto estate, located in the commune of Verduno in the Barolo DOCG, was established by Giovan Battista Burlotto, il Commendatore, in the mid-18th century, during whic time it earned the distinguished titles of "Supplier to the Savoy Royal Household" and "The Only Supplier to the Duke of Abruzzi's Artic Expedition to the North Pole." Burlotto distinguished himself by introducing the practice of selling bottled wine bearing his estate's name (in the manner of French châteaux) at a time when it was customary practice to sell wine in cask. It is speculated that the Savoy court's regard for the wines of Verduno enabled such formidable innovation, though Burlotto's wines were lauded on the international scene as well. The estate is comprised of 30 acres, 24 of which are situated in the commune of Verduno, the site of the famous Monvigliero cru, which is noted for its wholly southfacing position and soil of white marl. Burlotto's Monvigliero bottling is the estate's signature wine; in fact, Burlotto sourced his Nebbiolo almost exclusively from this cru. Of the remaining six acres, 3 1⁄2 are located in Barolo's famed Cannubi Vineyard (with the other 2 1⁄2 belonging to the Roddi commune). The Cannubi Vineyard enjoyed prestige prior to the production of Barolo and its positioning, in the manner of a Burgundy grand cru, has never been diminished. In fact, it is widely regarded as Barolo's premier vineyard, yielding fruit that realizes outstanding qualitative consistency. Of particular interest is the fact that the Langhe's oldest bottling is labeled 'Cannubi 1752.' The estate's other Barolos, Annata, Acclivi, and Neirane, represent multisource bottling. The estate remains family-owned and is currently under the direction of Burlotto's great-niece, Mariana Burlotto, and her husband, Giuseppe Alessandria. While their son, Fabio, has introduced modern techniques, they have served to enhance the qualitative achievement of this estate's traditionally oriented wines. In addition to the aforementioned Barolos, the winery produces Dolcetto, Barbera, and several wines under the Langhe DOC appellation.

If it is true that perfumes give us back the past intact, then this wine is a small time machine. It takes you back, far

Winery Notes Pelaverga is an hierloom Piedmontese varietal. Matteo Ascheri aims to highlight the grapes potential as a dry, still red with spicy, dark cherry and

Wine Advocate 93 "Boasting a dark ruby hue and beautiful color intensity, the 2019 Barbera dAlba Aves entices, thanks to its bright and fruit-forward personality. This

Winery Notes Mature berry, dark cooking spice and blue flower are some of the aromas that emerge on this firm red. On the palate, ground pepper,

Wine Advocate 94+ "The Comm. G.B. Burlotto 2016 Barolo moves away from the anise and asphalt that you get in most standard Boroli and moves toward

Vinous Media 100 "The 2016 Barolo Monvigliero is utterly spellbinding in its profoundness. In this vintage, the Monvigliero moves into shades of more blue-toned fruit. Whole