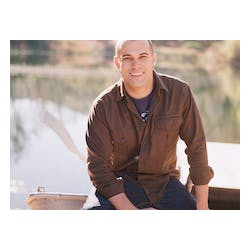 Josh Phelps grew up in St. Helena, Napa, witness to – and participant in – the processes by which the singular wines in the valley are made. In his adolescence and college years, Josh was a committed student of his father, winemaker Chris Phelps, as his family traversed the valley through the cellars of Dominus and Caymus, among others. Josh also counts among his mentors Joel Gott, Kimberly Jones, and Leslie Rudd, from whom he learned how to tell the nuanced stories of wine, and – most importantly – how to share them with a broader community. It is this charge – the exciting, challenging endeavor to extend the virtues of historic Napa to Josh's own generation – that drives Grounded Wine Co. He has called on two generations of winegrowing relationships in the valley to source compelling, well-priced raw material for these resplendent wines. What's more, Josh's mission extends beyond California: he has looked north to Washington, too, where he has found opportunity to craft captivating expressions of Bordeaux varieties – at a cost within reach of burgeoning young wine drinkers. In the name, Grounded, Josh seeks to reiterate his commitment to "heritage, soil, and simplicity" – his ambitions begin at home.

Wine Enthusiast 90 "This is a remarkably fresh, fruity and grassy white wine, overdelivering on its price point, with balanced flavors and texture. Dried herb, earth,