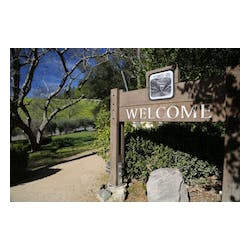 After cutting his winemaking teeth assisting a consultant in France's Rhone Valley during the difficult 1992 and 1993 vintages, Ehren Jordan went on to make powerful Petite Sirahs and Zinfandels for Turley Wine Cellars. The lessons he learned in France about maximizing ripeness in challenging conditions now serve Jordan at the 85-acre property on the Sonoma Coast, about 2.5 miles from the Pacific Ocean. In 1998 Ehren planted another parcel contiguous to their first, and in 2002 planted it with five acres of rootstock before grafting six selections of long-coveted Pinot Noir scion material the following year. Ehren's commitment to the highest standards of viticultural practice, coupled with his education in France and throughout California, is expressed every bottle of Failla Chardonnay and Pinot Noir. Farming Practice:Practicing Organic

Wine Enthusiast 93 #51 Top 100 2020 "You'll have to search far and wide to find a Willamette Valley Pinot this good at this price. Winemaker

The Wine Sourced from Olivet, Lola, Bohan, Placida, and Floodgate. Roughly 60 of the wine in this bottling was estate-grown and farmed. Native fermented, with full

Vinous Media 96 "The 2018 Pinot Noir Hirsch Vineyard is a wine of dramatic and exquisite beauty. Soaring aromatics lead into a core of sweet red/purplish

Vinous Media 91 "The 2018 Chardonnay (Sonoma Coast) is a gorgeous appellation-level wine. Bright and finely cut, the 2018 is a white of energy and cut,

James Suckling 93 "“There’s a strong, savory and spicy thread here with a layer of fragrant allure that really charms, as well as a core of

The Wine Sourced from Olivet, Lola, Bohan, Placida, and Floodgate. Roughly 60 of the wine in this bottling was estate-grown and farmed. Native fermented, with full

Wine Advocate 91 "The 2016 Chardonnay Estate is scented of lemon tart, grapefruit and white peaches with an orange blossoms and allspice undercurrent. Medium-bodied, elegant and

Wine Spectator 88 "Shows off a strong, pithy citrus peel flavor and texture, with lemon, blood orange and green tree fruits that lend this a lively

Vinous Media 94 "The 2014 Chardonnay Estate Vineyard is often marked by a distinctive phenolic quality, as it is again this year. The 2014 is an

Vinous Media 95 "The 2014 Pinot Noir Hirsch Vineyard is a total knock-out. Dark, rich and explosive, the 2014 possesses magnificent depth and pedigree to burn.

Vinous Media 94 "The 2014 Chardonnay Haynes Vineyard, from a site in Coombsville, is endowed with a real sense of crystalline purity and nuance. Orange blossom,

Vinous Media 92 "The 2014 Pinot Noir Occidental Ridge Vineyard is undeniably attractive, but it also seems to say everything it has to say at the

Vinous Media 92 "The 2013 Pinot Noir Keefer Ranch is one of the juicier wines in the range, yet it retains the mid-weight style of the

Vinous Media 94 "The 2013 Chardonnay Estate Vineyard is one of the more phenolic wines in this range, with a real sense of vertical structure that

Wine Enthusiast 93 Online Exclusive "In this crisp, tangy white from a cool-climate home, tangerine and pineapple play off each other around a fluffy backbone and structured