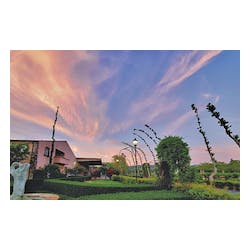 A love of farming and a passion for wine brought Tony Peju to the Napa Valley. Born near the Caspian Sea, Tony's ideas for Peju Winery were derived from his experiences in France, England and Los Angeles. In 1983, Tony and his wife Herta (H.B.) purchased 30 acres of land in the Napa Valley with the magic ingredient - location. Neighboring vineyards in Rutherford includes Robert Mondavi, Inglenook and Beaulieu Vineyard. Situated between Highway 29 and the Napa River, the acreage included a 1900-era house and vineyards. Looking to the future, Tony and Herta (H.B.) continue to play a vital advisory role, but daughters Lisa and Ariana along with a strong management team are now leading the future direction of the winery. SARA FOWLER, DIRECTOR OF WINEMAKING & VINEYARDS Sara Fowler has been named Best Local Winemaker by Napa Valley Life Magazine in 2016, 2017 and 2018. Sara began working harvests and summers at Kendall-Jackson, and then pivoted to studying viticulture at Fresno State and becoming a winemaker. When she arrived at Peju in 2006, 14 harvests ago, her first mission was to transition the estate vineyard into being organically farmed, which was accomplished in September 2007. During her tenure to date at Peju she has grown the number of wines being made and today supervises the farming of the winery's 204 acres of six estate vineyards in four different sub-AVAs of the Napa Valley. Sara is also the Winemaker and Director of Vineyard Operations for Peju's sister winery, Calmére Estate, in Carneros, where 37.3 acres are planted to nine different Pinot Noir clones in vineyards surrounding the winery.

Wine Advocate 90 Showcasing a beautiful violet color in the glass, this 2018 Cabernet Sauvignon lures you in at the first glance. The vibrantly intense flavors