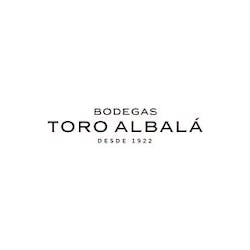 When you think of sherry you probably think of the triangle of Jerez, Sanlúcar and El Puerto de Santa María but most of the Pedro Ximénez for PX wines actually comes from next door region Montilla-Moriles. This is where Toro Albalá is located, they were the first bodega to sell a sweet PX dessert wine, and continue to be seen as experts in vintage Pedro Ximénez. The bodega was set up in 1922 by grower José María Toro Albalá to capitalise on the popularity of Fino with local farm workers. The winery is located in a former power station at Aguilar de la Frontera, which gave rise to the joke that the wine was electric, their fino is still called "Eléctrico" today. When enologist and nephew of the founder Antonio Sánchez took over the bodega in the 1960s, he moved the focus toward traditional ageing in a "crianza" system, although wines from Montilla can't call themselves sherry. Around 30% of their grapes come from their own vineyards, and 70% from partner growers. The soleras in the subterranean tunnels of the old building comprise of approximately 6000 barrels, some of which contain the oldest wines available in Andalucía. Antonio is an expert in the Pedro Ximénez grape but also in the history of his region, and has set up a small museum stuffed with books, paintings and local archaeological finds from the vineyards.