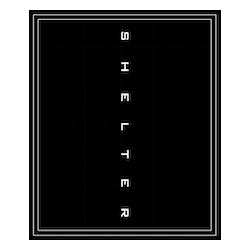 Shelter Wine Company was the label of David Stevens and a New York City wine broker. David also owns 750 Wines with his wife Monica (specializing in high end, limited production boutique wineries) located in St. Helena. David was born in North Dakota and became tired of the long dark cold winters in this state and ended up in sunny St. Helena working at one of St. Helena's most esteemed restaurants, Tra Vigne. He worked the bar in this restaurant exposing his palate to some of the best wines coming out of Napa Valley and beyond. The next logical step for the restaurant was to put him to work tracking down and securing these wines. For 6 years David enjoyed tasting, buying, recommending and then selling his personal favorites. During the course of this, he also established many strong relationships with area vintners. He has taken a number of Independent wine courses and programs, and continues to further his palate with International wine exposure. As we have seen time and time again on this project, regardless of your background, when the wine industry gets in your blood it becomes a life long passion. David ran one of the finer wine shops in the valley for a number of years and its almost a logical progression that he also became a vintner. A 2002 Cabernet Sauvignon was their first commercial vintage. Today all of Shelter's wines are sourced from high end Napa area vineyards. David has many contacts within the area wine industry and is sometimes approached by vintner's who want to sell their "juice". As a result, the wine has already been hand crafted by area vintners by the time Shelter does their final blendings – the locations and vineyards are secret which helps add to the the mystique of their wines! This "juice" is not just second label stuff – several wineries have very strict protocols about how much wine they produce, or find themselves not wanting to take on the additional workload that extra production brings, and this is where Shelter comes in. Let their wine speak for itself, Shelter will not bottle anything that they feel is not up to their exacting standards. We also sampled the 2005 Shelter Cabernet Sauvignon titled "the butcher" in tribute to a friend in New York City who owns a butcher shop. This is good stuff and only serious wine enthusiasts who have sampled many of Napa's Cabernet Sauvignons should be so bold as to venture a guess where this wine was produced! The initial bouquet brings notes of graphite/pencil lead with a little vanilla along with ripe black cherry aromas. The palate is deep, rich with nice black fruit and a finish that is decidedly smoky with a little bit of dustiness. Oh and this finish is very long.