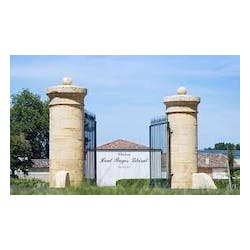 Château Haut-Bages-Libéral is a winery in the Pauillac appellation of the Bordeaux region of France. Château Haut-Bages-Libéral is also the name of the red wine produced by this property. The wine produced here was classified as one of eighteen Cinquièmes Crus (Fifth Growths) in the Bordeaux Wine Official Classification of 1855. The name Haut-Bages-Libéral is derived from the estate's location and historical owner, with Haut-Bages referring to its position at the top of the Bages plateau between Pauillac and St Julien and Libéral referring to the family who owned the estate during the 18th century. The estate is run by Claire Villars-Lurton, manager of Château Ferrière and Château La Gurge, and wife of Gonzague Lurton, owner of Château Durfort-Vivens.