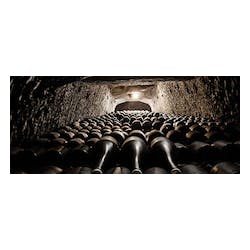 The Heidsieck name rings throughout Champagne for the first time thanks to the drive of Florens Louis, son of a Lutheran Pasteur from Westphalia. He founds the Maison Heidsieck & Cie in 1785. His nephew, Charles-Henri, has decided to join his uncle. Raised in the Lutheran religion, he has himself naturalized as a French citizen, marries a young Catholic woman from Reims and even has converted to Catholicism himself. Charles-Henri then turns to the wine and cloth trade of his in-laws, the Henriot family. Charles-Camille Heidsieck is born in 1822 into a family where eminent Reims traditions reign side by side with Prussian rigour. In 1851, at age 29, he founds a Maison designed in his image and creates a wine to reflect his personality. The wine bears his first name. Charles' reputation quickly spreads around the cosmopolitan world.Then, Charles decides to take his champagnes around the world. He makes an initial foray to Belgium and England to promote his new brand and to set up representatives. In 1852, he leaves for the United States because he sees an opportunity to go where nobody has been before. He is the very first champagne merchant to make the journey. The Universal Exhibitions provide him with a perfect springboard. In 1859, the Bordeaux universal exhibition awards him a gold medal which glimmers on labels of bottles served at royal tables throughout Europe. In 1862, Charles-Camille Heidsieck decides not to buy land but invests in cellars dating from the 2nd century, a labyrinth of underground galleries with ideal hygrometric conditions foraging his wines. Thus, he gives the importance of selecting, blending and ageing. For him, the vineyards will remain in the hands of growers and their expertise.

Wine Spectator 93 "This is a reserve but still a non vintage. 40 of the wine is reserve stock wine. It ages for a minimum of

Description GENEROUS AND PRECISE, THIS IS CLASSIC BEAUTY IN THE TRADITION OF CHAMPAGNE took its time to mature and, thanks to the sunlight during the year,

Wine Advocate 93 This bottle of the 2005 Brut Ros was disgorged in 2017 with ten grams per liter dosage. It's a lovely wine that offers