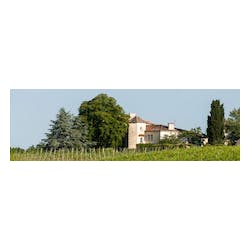 CHÂTEAU ARGADENSIn 2002, Maison Sichel bought a property in Saint-André-du-Bois 60 km south of Bordeaux and renamed it Château Argadens in reference to the noble family which founded the estate in the thirteenth century.A major investment programme was launched at Château Argadens to restructure the vineyard, increase plantation density, modernise the winery and build an ageing cellar. Efforts are going on to ensure that this work is carried out with the greatest precision and care, the objective being to allow the quality of the terroir to be expressed to the full. Château Argadens produces one white and one red wine. The very first vintage of Château d'Argadens won a medal in the Concours des Grands Vins de France in Mâcon. It wins numerous awards and distinctions every year, proof of Maison Sichel's clear determination to earn Château d'Argadens a place among the best wines in its appellation of Bordeaux Supérieur.

The complex and expressive bouquet is a harmonious mixture of dark red fruits aromas and very elegant oaky notes. It is a crisp and sappy

Since acquiring Chteau Argadens, the Sichel family has put in place a vast renovation program, with the aim of making the wine a benchmark within

"Argadens 2015 is deep, almost opaque in colour. The same intensity is apparent on the nose, which, although still young, reveals great complexity of red and

"Since acquiring Château Argadens, the Sichel family has put in place a vast renovation program, with the aim of making the wine a benchmark within

"Since acquiring Château Argadens, the Sichel family has put in place a vast renovation program, with the aim of making the wine a benchmark within

“With its dark, almost black, garnet hue, Château Argadens 2010 is beautiful to behold. The nose offers an intense, complex array of aromas with toasty notes