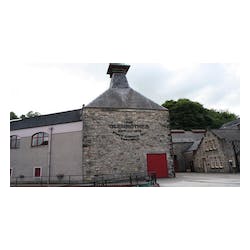 The history of The Glenrothes Distillery begins with the stories of two exceptional men. James Stuart, who first had the vision to build a new distillery in the town of Rothes, and the Reverend William Sharp, who raised the funds needed to save the distillery from ruin and helped to turn James Stuart's dream into a reality. James Stuart, born and bred in the town of Rothes, had a passion for whisky. He could see distilling offered a bright future and decided to build a new distillery in his hometown of Rothes that would be capable of making a lighter and fruitier spirit than its counterparts. James Stuart knew whisky. He also knew that to make the finest single malts, the ingredients of wood and time would be essential. So at his distillery he would ensure that the distillation process wouldn't be hurried to increase production. Instead it would last as long as necessary, not a moment less, to make a spirit that would contain the fruitiness capable of creating a lighter and creamier whisky. He also had the firm conviction that every cask at his estate would be carefully sourced and tended by local coopers, who would bring with them their timeless knowledge of the magic of wood. At The Glenrothes there would be no shortcuts. He began building it in partnership with local businessmen Robert Dick and William Grant in an old mill next to the Rothes Burn. But in the summer of 1878 a financial crisis hit the country and they could no longer finance the build of the distillery. James stepped aside and left Robert and William with a dilemma over what to do next. The Reverend William Sharp, a priest of the United Presbyterian Church in the nearby village of Archiestown, was known for his sermons warning his parishioners against the evils of temptation. Yet despite his reputation as a firebrand, William Sharp was a man of principle, whose devotion to God was rivaled only by his commitment to his community. In Speyside, it was whisky that was the backbone of that community. He knew that the town of Rothes needed a second distillery to provide stable employment for the coppersmiths, coopers and warehouse workers that relied on whisky for their livelihoods. William Sharp was not a rich man, but he was a persuasive one. Soon, by appealing to the better nature of the local leaders of the community, he had managed to raise £600. Sufficient funds to complete work on the new The Glenrothes Distillery. Work began on the new distillery in the Summer of 1878 beginning with the construction of the stillhouse, which stood out under an imposing pagoda roof. A large warehouse and mashing room followed. And, on 28th December 1879, the first pure spirit flowed from The Glenrothes distillery. A lade – or mill stream – was constructed to divert some of the burn to turn a water wheel that provided the distillery with all the power it needed. A railway siding brought in the barley and took away the filled casks. And most importantly of all, the soft water provided by the springs upstream ensured there was a plentiful supply of cold, crystal-clear water. As a tribute to the people of Rothes, the footpath that crossed the estate remained open, giving the local people the freedom to roam through The Glenrothes Distillery. As a man of whisky, James Stuart was convinced that he should use traditional distillation methods alongside the latest advances in production technology. His conviction was built on four founding principles: having access to a nearby source of water to ensure the excellence and purity of his new make spirit, a slower than usual distillation to make the mellower single malt he was aiming for, the best sherry seasoned casks to provide a wider range of flavours and a whisky always bottled at natural colour.