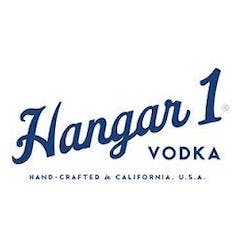 Hangar 1 Vodka was founded in 2001, with Rupf overseeing production and Coale handling design and marketing. Operations were initially based in St. George's distillery in Hangar 1, a 2,000 square-foot World War II-era hangar at the old Alameda Naval Air Station, before expanding to a 60,000 square-foot hangar in Alameda, California, in 2004. In April 2010, Hangar 1 Vodka was acquired by Proximo Spirits, who continued to produce the vodka in Alameda through St. George. until the Summer of 2014. It is now produced in the building next to St George's distillery which it shares with Faction Brewery.

"Unusual & knobbly Indonesian lime. We use the leaves too - they are the ones you see in Thai cuisine. Great fresh lime taste, without

"Vodka From Grapes - its a little strange. But we couldnt seem to find a straight vodka we truly liked; some were harsh; all of

" From St. George Spirits, these extraordinary vodkas are some of the finest we have ever seen produced. The "Buddha's Hand" is made from a

"People get excited about the Fraser River Raspberry vodka because it's just like fresh raspberries, not the bubblegum chemical compound you expect from "raspberry flavored'

"A Bloody Mary (one of my favorite cocktails) needs a vodka of real substance. Mass-produced pepper vodkas could never fit the bill because the people

"Vodka From Grapes - its a little strange. But we couldnt seem to find a straight vodka we truly liked; some were harsh; all of